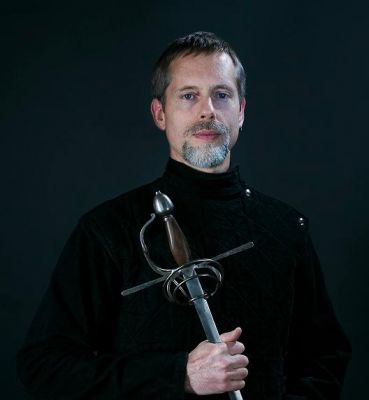 Eric Myers is a Master at Arms in classical Italian fencing, certified by the San Jose State University Fencing Masters Program in 2008. He teaches classical and historical fencing at the Sacramento Sword School, and at the Sonoma State University Fencing Masters Certificate Program. He is a cofounder of the Sacramento Sword School.

Maestro Myers began fencing in 1984, and researching Historical European Martial Arts in 1997. Since 2005 his historical research has focused on the martial arts of Spain and Portugal, and in 2010 he co-authored (with Steve Hick) a monograph and translation of the 17th century “Memorial of the Practice of the Montante” by Diogo Gomes de Figueyredo. Since then he has continued his research and translation activities, and has co-authored or collaborated several books on Iberian fencing. He has taught from these and other works at several large, international WMA events.